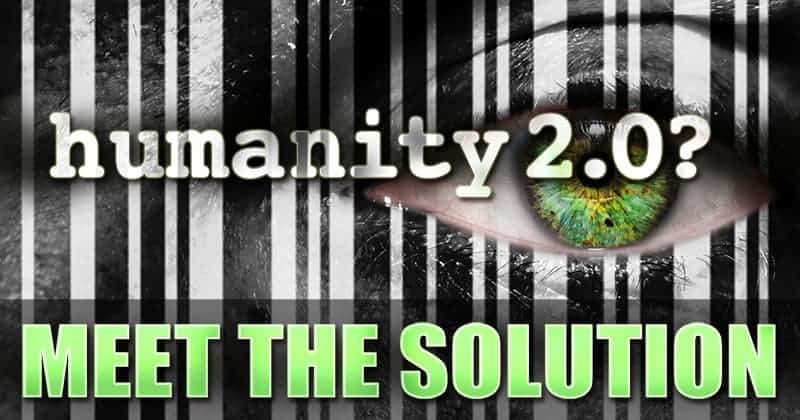 Let’s face it, as “Watchmen on the Wall,” we spend much of our time talking about the disasters we believe loom just ahead. Threats are dissected, warnings are issued, and the ills of our society are deliberated until humanity’s future can appear hopeless.

I’ve even heard some refer to our community as dealing in “fear-porn.”

So, we’ll waste no more of this article’s space without meeting the Solution. He is Yeshua the Messiah, Jesus the Christ. If that statement feels anti-climactic to you, then you simply do not know this Being (yet). His Father loved us enough to send Him as flesh and blood into our dimension. And the Son loved us enough to come, though innocent, and offer Himself to be brutally murdered on our behalf. This act paid the debt of deserved eternal death for all who believe in Him and pursue Him. Christ’s birth, crucifixion and resurrection are the greatest events in human history—period. He IS the Solution to save our world, providing an ultimate victory over the disasters facing us today, and the apocalyptic dooms lying just over time’s horizon.

But you might ask, how does this Messiah help us fight transhumanism? Or deal with the alien question? Sure, Jesus made a way to heaven, but how does that help His believers contend with technology run amok, or the nearing and dreaded Mark of the Beast?

The answer is both simple and complex, simultaneously. Let us explore the simple first.

Speaking of simultaneous, Yeshua was both fully divine and fully human. He came to pay the ransom of fully human beings. Throughout our species’ brief history, an enemy, opposed to our Creator’s finest creation: humanity, has endeavored to make us less than fully human.

Genesis 6 2the sons of God saw the daughters of men and they took for themselves wives 12And God looked upon the earth, and, behold, it was corrupt; for all flesh had corrupted his way upon the earth 9(But) Noah was a just man and perfect in his generations

This corruption of flesh began again after the flood until Joshua and Caleb rose to the challenge and went in to annihilate the Hittites, Perizzites, and the Rephaims. Many of those within the Land of Canaan were becoming no longer “perfect in their generations,” no longer fully human. The enemy’s aim had not changed: it was to corrupt creation, making altered humans ineligible for redemption and eternal life with Father God. Its goal contained a second spear: to make it impossible for the Gen 3:15 Seed of the Woman to be born of a fully human mother (thus dooming any chance for an eventual homo sapien redemption).

REJOICE—these plans of evil were thwarted! That the Gospel of Jesus Christ is “Good News” seems an understatement! Christ was indeed born, chose to live a sinless life and give His life for us at Calvary. Therefore, the price was paid.

It feels a shame to move on from this amazing and delightful truth—but we must. Our enemy is tireless, not willing to concede, and we must not tire either. Which brings us to today, and the complexity of the issues we must now face and interpret.

Transhumanism hopes to evolve us beyond our current physical and mental limitations, using science and technology. To end pain and suffering, increase life spans, increase our power, strength and influence in the universe; all appear noble gains on the surface. But at what point do we slip beyond being “perfect in our generations” and into an “unsanctioned creation;” humanity 2.0?

The book of Daniel describes the vision of a statue, segmented into the world’s great empires. The last example is the feet made of iron and clay:

Daniel 2 43 thou sawest iron mixed with miry clay, they shall mingle themselves with the seed of men: but they shall not cleave one to another, even as iron is not mixed with clay.

I believe, as do many others I respect, that this future one-world hybrid kingdom is inevitable. It will be made up of entities who’ve come to corrupt our race as before, and mingle their seed with us with the same goal: to make us no longer 100% human. This hybridization/genetic mutation/integration is likely the true Mark of the Beast. A choice made as “conscious evolution,” individuals will condemn themselves to be outside of any plan for human salvation. Transhumanism does carry with it the promise of extended and improved life, but also the strong possibility of an absolute, diabolical and eternal double-cross.

Revelation 12 11…and they loved not their lives unto the death.

At some point we’re going to have to say no to something; what’s coming is the largest and most tempting carrot of all. And if you’ve never been successful in saying no to Big Ag, Big Pharma, or Big Box Store—how can you be so sure you’ll say no to this Biggest of Big Things?

Obviously, we need understanding. What is this thing that could make man unredeemable? What will it look like? How can we prepare for it?

True Legends The Conference 2018 was created to explore such questions.

Steve Quayle, Timothy Alberino, Tom Horn, Sharon Gilbert and more have given much of their lives to studying these physical and spiritual threats which are speeding our way. We are grateful many people have the desire to learn more and not be “destroyed for a lack of knowledge.” I trust this event will be a rich time to celebrate Truth and to carefully investigate the enemy’s regenerated plans of genetic/robotic sabotage.

Those speaking and serving at True Legends Conference, however, can only provide “filthy rags” compared to what was already miraculously done by the Perfect Man, Christ Jesus of Nazareth. He became the bridge to eternal life. Those who accept, believe and pursue Him will escape the enemy’s plans of corruption. Christ, both fully divine and fully man, calls us to stay fully human. We are to rely upon Him, ask for His help come what may, and FIX OUR EYES ON THE PARADISE THAT WILL ARRIVE AFTER THIS PRESENT WORLD PASSES AWAY– not extend this life no matter the pleasure or cost.

If you’re ever whispered the lie of old, that you “will not die but be as gods,” you must refuse it. Cling to the Savior and to your pure humanity, not forfeiting your birthright as a child of the Most High God.

Beautifully written. Truth with love. Thank you all. I wish I could be there in person. I streamed last year. Thinking I'd be healthy for this year. Can you pray for me, please? To heal. I need my health back. God Bless all of you watchers.
Kristine

We're praying for you Kristine! Our Live Streaming is up on the website now: so enjoy TL 2017 all over again as well as the upcoming TL 2018... Darrin

Awesome group of men speaking this September..... This event is the football super bowl to many of us.... Glorifying God with Truth that has been stolen for Generatiojns.... See you there....... 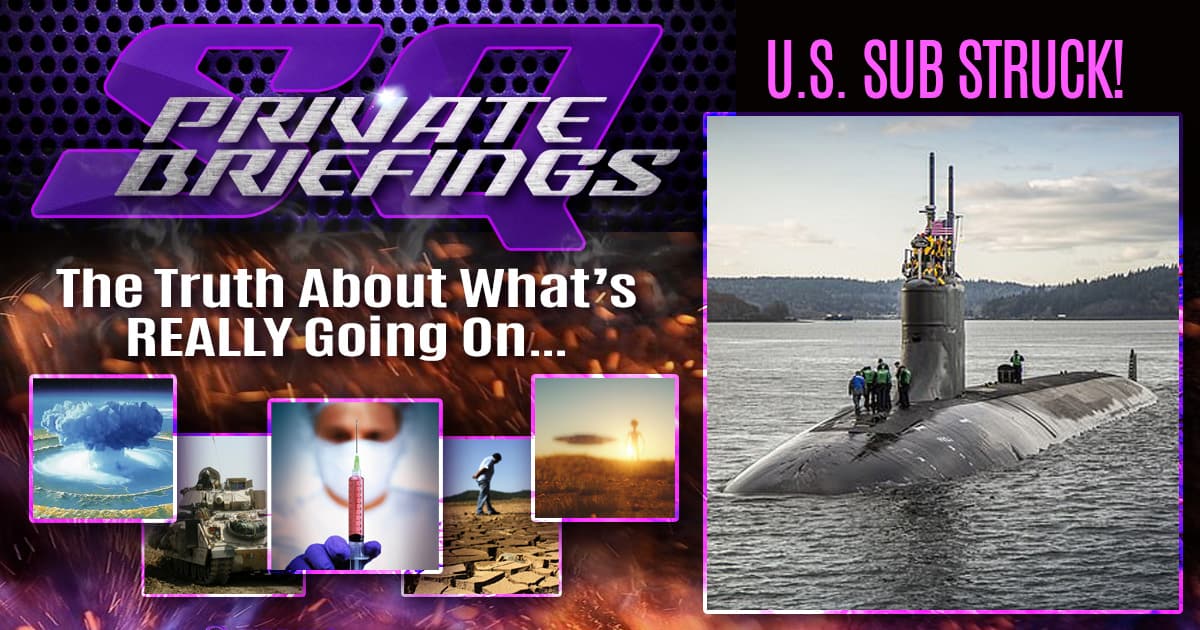 Darrin Geisinger: “Steve is recovering nicely and will no doubt be back to writing commentary and ...
Read More 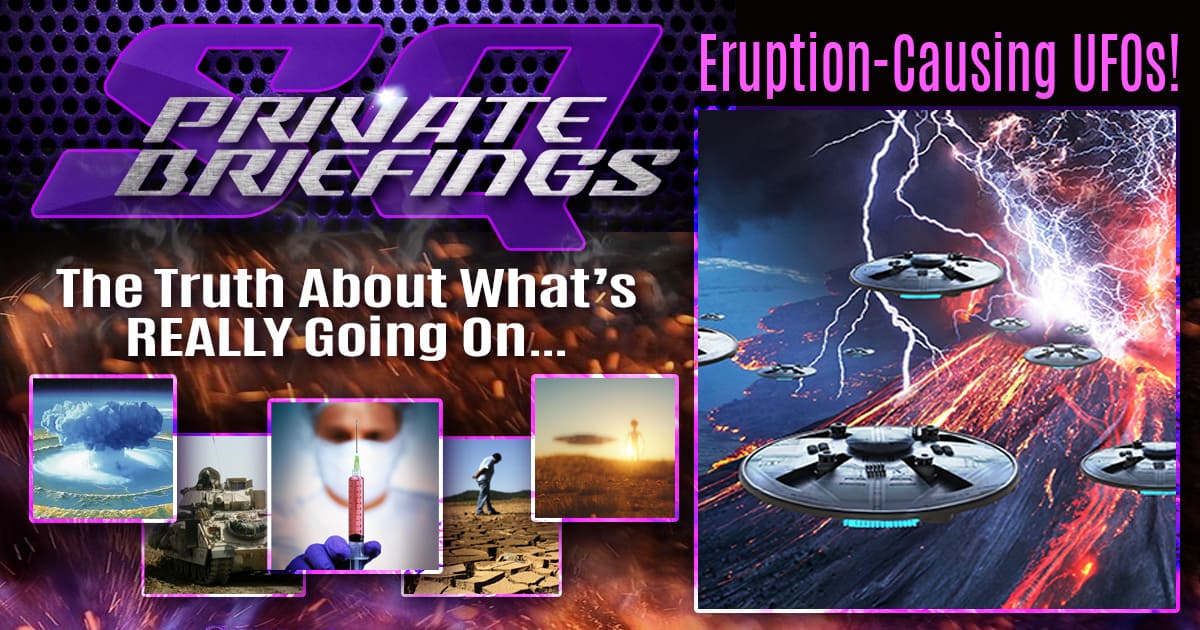 UFOs Are Setting Off Volcanoes Worldwide for Maximum Human Casualties!