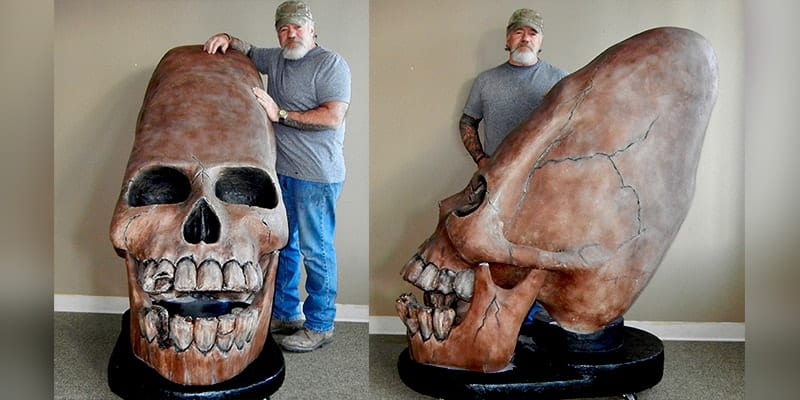 If you are planning on attending the True Legends Conference this September at the Mansion Theatre in Branson, Missouri, you may be surprised by what you see there. We have commissioned a life-sized replica of the skull of a giant, and a full-scale 12-foot-tall giant to be created for the event. The replicas are based on the historical chronicles of the conquest of the Inca Empire from the national archives in Peru. Remarkably, a video depicting fossilized giant footprints emerged just a couple of days before the statues arrived at our production studio. The footprints were allegedly discovered in Tarija, Bolivia, the very region mentioned by the 16th and 17th-century chroniclers as being full of the bones of giants, from which the dimensions of our statues are derived.

Although we cannot verify the authenticity of the footprints in the video, we can affirm that, according to the historical record, giants did indeed inhabit the region of Tarija:

One thing that cannot be denied, as much as for the tradition of the Indians themselves, as for the signs and relics that are still present, is that there were once giants in this land. How they came to this land, and from where, and how long they lived in it, is uncertain. . . . The first Spanish Conquistadors of this kingdom found in the peninsula and port of Santa Elena, diocese of Quito, human bones of massive size that they knew belonged to giants, and among them some shinbones more than three feet long. Many other bones of the same proportion have been discovered afterwards in other parts of that same province and in the province of Trujillo; also bones of equal size have been seen further inland, as in the province of Tucumán and Tarija; in the latter of these a whole body was discovered beneath the ravine, or bank of a river, that the water, having eroding the bank, had unearthed; it was so massive, that its grave occupied a very large space, and its skull was so abnormally gigantic, that some of the Spaniards, thrusting their swords through its eye socket, could barely reach the back side of its head with the points of their blades.

In the province of Santa Cruz in the Sierra [Bolivia] the governor was an honest Christian gentleman, named Don Lorenzo Suarez de Figueroa, that populated the city of San Lorenzo, capital of that province, and he found something during the conquest of Tucumán; this gentlemen used to say that, while marching in that conquest, they discovered an ossuary [repository of bones] that appeared to contain more than a hundred human bodies, and all of the bones belonged to enormous giants, and he himself thrust his sword through one of the skulls, and the whole blade passed into the cavity.

[. . .] From that same region of Tucumán and Tarija, they brought back to the Villa de Potasi [Bolivia] some years ago, a great quantity of bones of giants: all of them were in pieces, so that there was not one entire bone except for some teeth; but their abnormally gigantic size demonstrated that they were from massive bodies. Each tooth was no smaller than a fist; one of them was weighed at eleven ounces, which made the man who weighed it a believer. I am not sure if the bones that were shown to me in the city of Lima were the same ones, but among them was a tooth of the same size of those that I have mentioned: and it is true, that even though it had the form of a perfect tooth, because it was so old it seemed more like a rock than a bone. 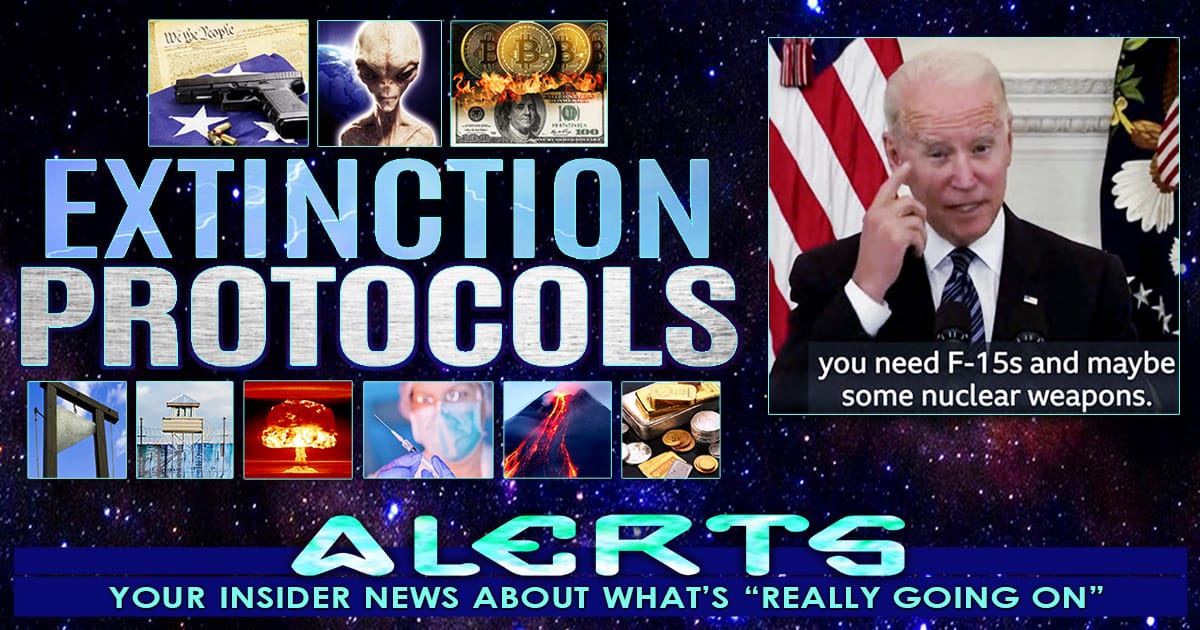 ALERT: Is Biden’s Sinister Sarcasm A Veiled Threat-of-War Against the American People?

Steve Quayle: “America, you are a divided house and you shall not stand! The old statement: ‘div...
Read More 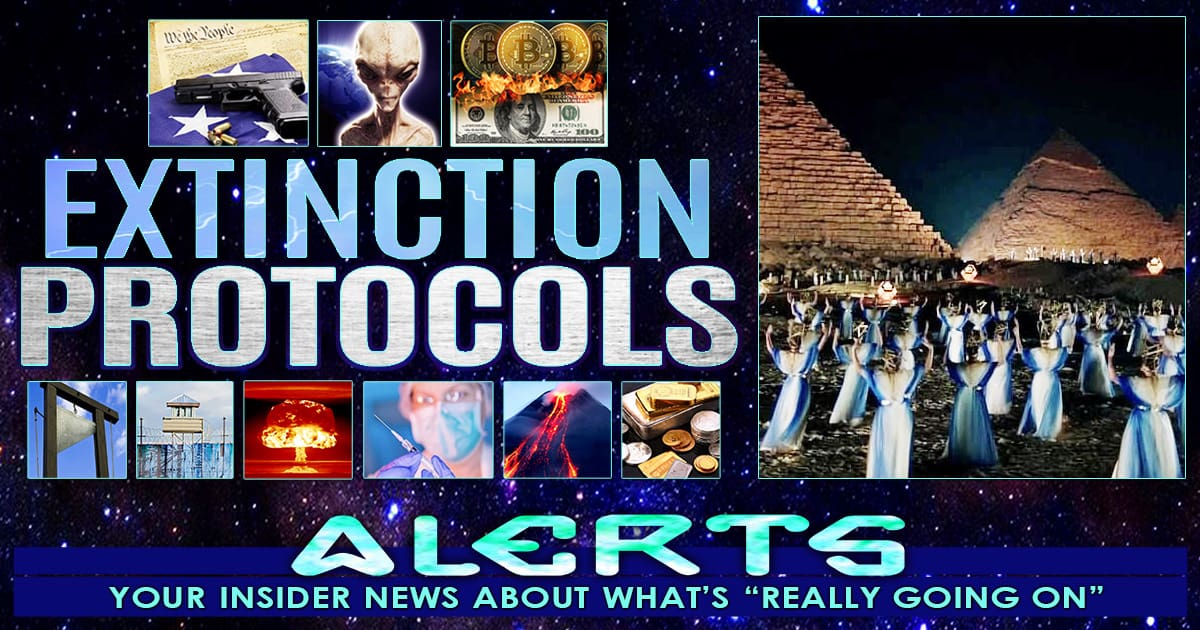 ALERT: Egyptian Parade of Pharaohs, the Most Expensive (500 million dollar) Occult Ritual in History is Preparing the Way for the Anti-Christ!

Steve Quayle: “For more than three millennia, the mystery schools of Egypt have been providing sec...
Read More
1 2 3 … 27 Next »

This website uses cookies to improve your experience while you navigate through the website. Out of these cookies, the cookies that are categorized as necessary are stored on your browser as they are essential for the working of basic functionalities of the website. We also use third-party cookies that help us analyze and understand how you use this website. These cookies will be stored in your browser only with your consent. You also have the option to opt-out of these cookies. But opting out of some of these cookies may have an effect on your browsing experience.
Necessary Always Enabled
Necessary cookies are absolutely essential for the website to function properly. This category only includes cookies that ensures basic functionalities and security features of the website. These cookies do not store any personal information.
Non-necessary
Any cookies that may not be particularly necessary for the website to function and is used specifically to collect user personal data via analytics, ads, other embedded contents are termed as non-necessary cookies. It is mandatory to procure user consent prior to running these cookies on your website.
SAVE & ACCEPT
Shopping Cart
There are no products in the cart!
Continue Shopping
0