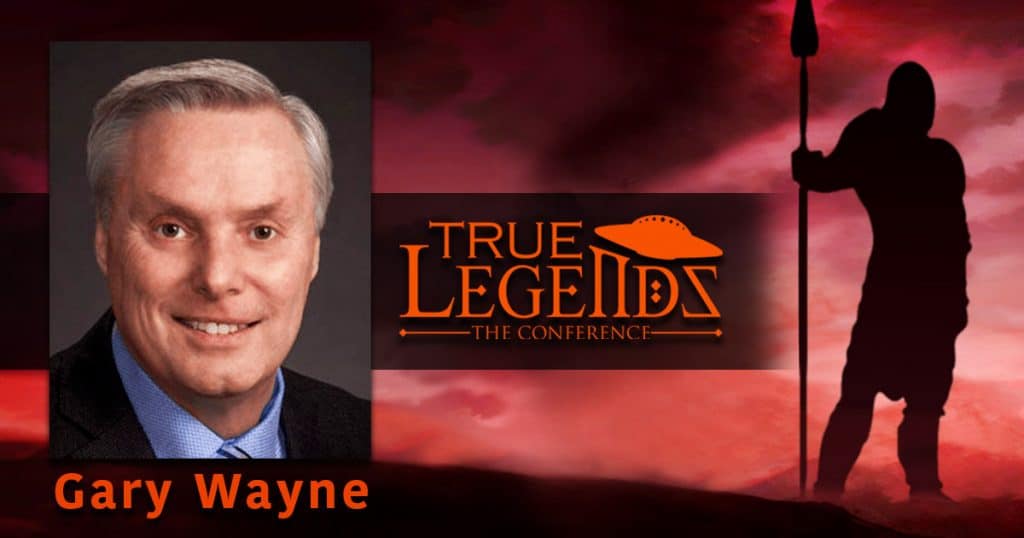 Did Nephilim Survive the Flood?

Psa 135:11 Sihon king of the Amorites, and Og king and all the kingdoms of Canaan”

King Og, Hebrew “Owg”, is defined by Strong’s Concordance as long-necked and the last king of Rephaim after the flood. Og was documented as the remnant of the giants three times in Scripture underscoring the significance of this statement (Jos 12:4, 13:12, and Deu 3:11).

Og and his brother Sihon are seemingly inscrutable characters, but some believe buttressed by the above verses to be a nexus between post-diluvium Rephaim giants and antediluvian Nephilim giants.

What we can discern regarding Og and Sihon’s exploits and influence are indispensable Biblical testimonials to understand prehistory, history, our present-day world, and the end-time.

Psalm 135:10 described Og and his brother Sihon as “Mighty” kings somehow connected to other “Mighty” Kings in Canaan. “Mighty” in Psa 135 translates from Hebrew “atsuwm” meaning: great, powerful, strong, and specifically strong/powerful via a paw or hand. Og and Sihon were of such noteworthy physical stature and powerful kings that they were documented by name 22 times for Og, and 37 times for Sihon, even though details of their tyranny are stingy.

Sihon’s name, “Ciychown” means warrior. Warrior and mighty king appellations reflect the strength from Sihon and Og’s giant stature, and the dominance of their reign. This then makes sense of the extended meaning to atsuwm as the passive participle of “atsam”, and the denominative of “etsem” for bone: as in to crunch bones or break the bones. How strong were Og, Sihon, and the Canaanite kings who could crush human bones with their bare hands as mighty giant warrior-kings?

Og and Sihon reigned in the Bashan region of Mount Hermon bringing in more intriguing antediluvian connections where Hermon” is alternatively named “Sion” (Deu 4:48). This should not be confused with Jerusalem’s Mount Zion even though “Hermon/chermown” means a sanctuary.

Conversely, Zion/Tsiyown used 154 times in the Old Testament, refers to Jerusalem’s mountain taken by David (2 Sam 5:7); not Mount Hermon. Sion/Siyon occurs only once in Scripture for Mount Hermon, and drafted as a deceptive double entendre by secret societies bent bringing about world government and the end-time.

Hence, Hermon is mountain sanctuary of some kind akin to “sanctuary/miqdash” that is a sacred holy place, a temple. But who is the Hermon temple dedicated to?

The “Gate of Hades” is located at the base of Mount Sion, as was a white-domed “Temple of Pan” dedicated to Pan/Azazel, and likely the originating occult “Priory of Sion”. Baalhermon temples were common in Bashan and Canaan; lands populated with interbred giant hybrid nations reigned over by mighty giants closely associated with Og and Sihon.

Judg 3:3 “Namely, five lords of the Philistines, and all the Canaanites, and the Sidonians, and the Hivites that dwelt in mount Lebanon, from mount Baalhermon unto the entering in of Hamath.”

In this spirit, many believe Mount Hermon was the site where ethereal sons of God first bred Nephilim documented in Gen 6. Hermon is rooted “charam” meaning accursed and consecrate or dedicate to destruction. “Harem-Anathema” was the angelic oath to carry it through to the end, the accursed oath of Hermon sworn by Watchers in 1st Enoch 7:4-6: to breed Nephilim. Anathema is defined as “a solemn ecclesiastical curse of denunciation”; that they would be pronounced accursed if they did not carry out the plan.

Knowing all this begins to make sense of Gen 14’s giant war where Rephaim of Ashtoreth Karnaim were listed as distinct giant nations from others like Emin and Zuzim. Ashtoreth Karnaim (mountain) is where Ashtoreth city is located that Og reigned from in the Bashan and Mount Hermon region (Jos 12:4 &13:12). Og reigned over the mountain where Nephilim were believed first bred from fallen angels. This is not coincidental.

Og’s kingdom was the renowned “land of giants” in Deu 3:13, but noting Og was the Rephaim remnant; not Nephilim. Know then: giant, except for 4 applications in the KJV Bible translates from “rapha” meaning: giant and an old tribe of giants, Rephaim (male plural format).

Giant translates once from “nphyl” (Nephilim) meaning giant(s) in Gen 6:4 and twice in Num 13:33; and once in Job 16:14 from “gibowr” (Gibborim) meaning strong, tyrant, and mighty one akin to mighty kings in Psa 135, all the while noting Gibborim is used to describe the men Nephilim as mighty men and men of renown in Gen 6:4.

Deut 3:13 “And the rest of Gilead, and all Bashan, being the kingdom of Og, gave I unto the half tribe of Manasseh; all the region of Argob, with all Bashan, which was called the land of giants.”

Rephaim physiques were more muscular and wider than humans. Some conclude Rephaim displayed a 2-1 height to width ration versus the average human’s 3-1. We get a hint of this broader stature in Isa 25:3-5.

Strong, “az” derives “azaz”. Add on “el” for an angelic name and one arrives at Azazel, leader of the Watchers in 1st Enoch. “Azaz” means strong and stout as in brave wider, hardened, and firm muscle. Additionally, the “Terrible Ones” in Isa 25:5, “Ariyts” means powerful, strong, and terrifying; indistinguishable from “mighty” Nephilim in Gen 6:4.

ISA 25.3 “Therefore shall the strong people glorify thee, the city of the terrible nations shall fear thee.”

ISA 25.5 “Thou shalt bring down the noise of strangers, as the heat in a dry place; even the heat with the shadow of a cloud: the branch of the terrible ones shall be brought low.”

“Remnant” used to describe Og derives from “yether” meaning: remainder, residue or last; the last of an old race of giants. But to me is an odd statement. Rephaim, were documented later, after Og was slain, after Israel crossed the Jordan River, (Jos 17:15), as well as other giants like Avvim, Anakim, etc. So how could Og be the last of the giants?

Additionally, Numbers 13:33 suggests Anakim, that were Rephaim (Deu 2:10-11), descended from Nephilim (providing Nephilim is not an embellished part of the evil report). Og by extension was the last of the Nephilim. Further, Rephaim in Deu 2:20 dwelt in the “old time”, just as Rephaim is defined as an old race of giants. Terms like “old time” generally denote pre-flood times, but not always.

DEU 2.20 “(That also was accounted a land of giants: giants dwelt therein in old time; and the Ammonites call them Zamzummims…)”

Conversely, Anak/Anaq in Num 13:33 means “neck” and a tribe of giants, while “Anakim/Anaqiy” means tribe of giants and “long-necked”, just as Og was long-necked. Deuteronomy 2:10-11 documented Emin, Anakim and others were giant tribes, Rephaim, as were Og and Sihon; not Nephilim indicating Og was not the last of antediluvian Nephilim, and that old time in Deu 2:20 suggest from immediately after the flood.

NUM 13.33 “And there we saw the giants, the sons of Anak, which come of the giants: and we were in our own sight as grasshoppers, and so we were in their sight.”

To this end, one wonders if “Rapha” was the post diluvium patriarch for Rephaim. Rephaim, Anakim, Avvim, and other giants oddly were not provided a patriarch in the table of nations. Giants unaccountably show up as nations after the flood. Hence, I lean towards a 2nd Incursion because post diluvium Rephaim were somehow distinct from antediluvian Nephilim.

Rapha may be Og’s post diluvium patriarch. This may also explain Arba the Anakim’s patriarch (Jos 15:13), but not listed in the table of nations. “Arba” means fourth; perhaps the fourth son of Rapha, noting Anakim were Rephaim. One wonders if Og and Sihon were brothers to either Arba or Rapha?

The Nephilim/Rephaim distinction, and by extension then, a 2nd Incursion after the flood by at least 1 rogue impassioned angel seems to be indicated in Gen 6, where it says giants “were in those days and also after that”.

Gen 6:4 “There were giants in the earth in those days; and also after that, when the sons of God came in unto the daughters of men, and they bare children to them, the same became mighty men which were of old, men of renown.”

Scripture identified Og, Sihon, Arba, Rapha, Bashan, and Mount Hermon as important prehistory details connected to end-time events, complete with enigmatic end-time references to Bashan, mighty men, fallen angels, demons, and Rephaim/Nephilim descended beast empires and religions, to bring clarity to: “as the days of Noe were, so shall also the coming od the Son of Man be” (Mat 24:27).

Gary Wayne, author of The Genesis 6 Conspiracy, is a Christian contrarian who has maintained a lifelong love affair with biblical prophecy, history, and mythology. His extensive study has encompassed the Bible and Gnostic scriptures, the Qur’an, the Bhagavad Gita, Gilgamesh, and other ancient epics, language etymology, and secret society publications. Gary Wayne is a speaker at True Legends The Conference 2020 in Branson, MO, July 10-12th.

I have so many questions: first, how did the Nephilim or descendants of them survive the flood? Did they get shorter/smaller as they reproduced with humans? Were Nephilim incapable of having free-will? Did they obtain more and more free-will as they interbred with humans? Do the legends of yeti and Sasquatches come into play at all in this discussion?

Steve Quayle: “For the first time in history we're watching a simultaneous convergence on the worl...
Read More 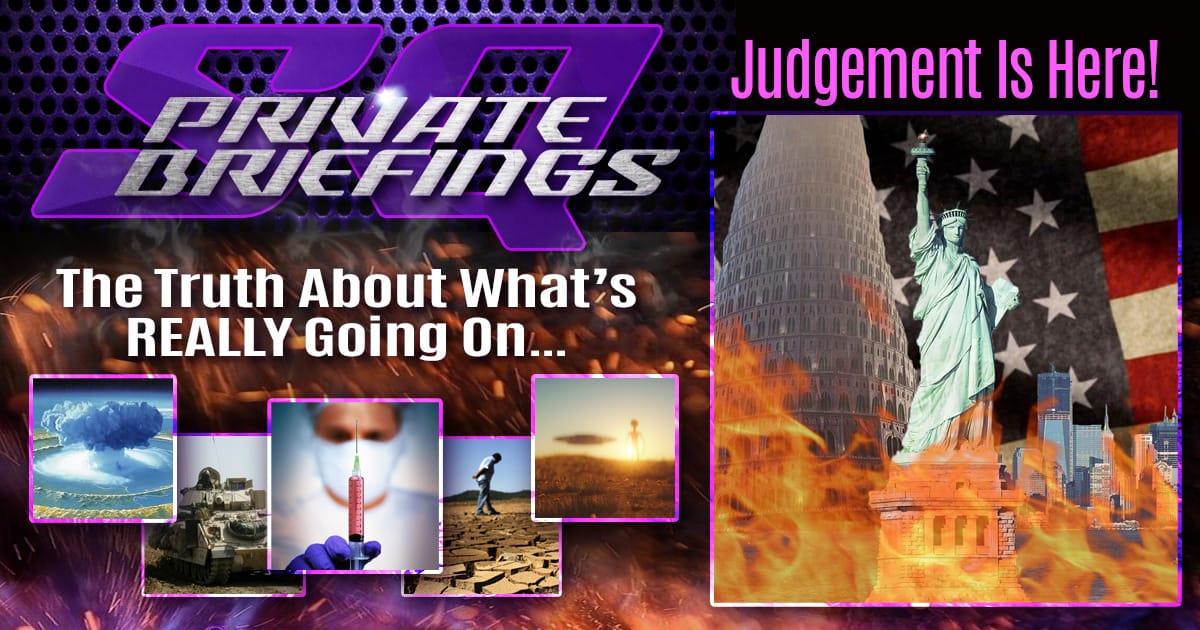 What Happens to Nations When They Turn Away from the Living God? DESTRUCTION FOLLOWS!

Steve Quayle: “Probably one of the most difficult issues to express to the United States of Americ...
Read More
1 2 3 … 49 Next »