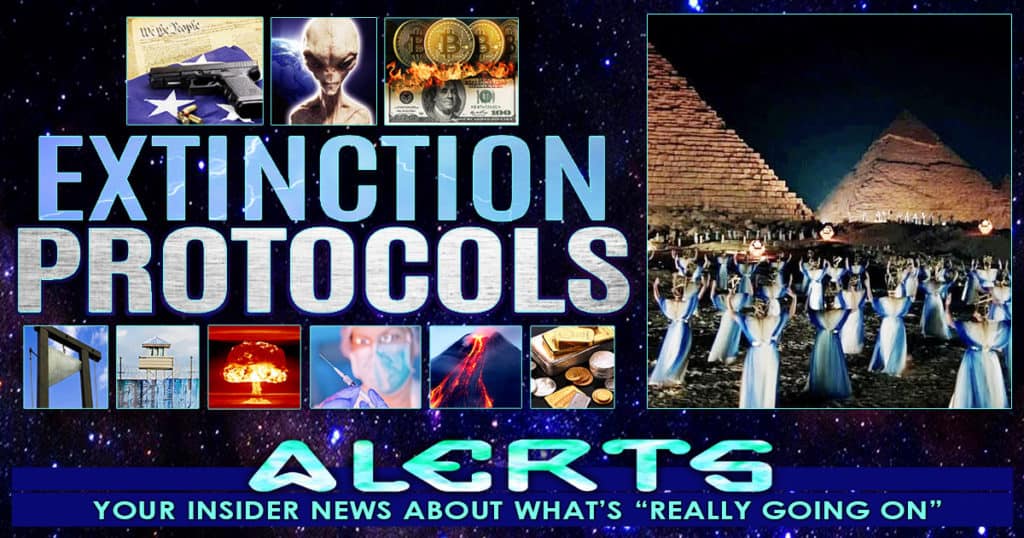 ALERT: Egyptian Parade of Pharaohs, the Most Expensive (500 million dollar) Occult Ritual in History is Preparing the Way for the Anti-Christ!

Steve Quayle: “For more than three millennia, the mystery schools of Egypt have been providing secret and arcane knowledge which originated from the Fallen Angels, both before Noah's flood, and after Noah's flood. All secret societies in the world owe their origins to legendary times and places such as the lost continent of Atlantis. With the abandonment of the Christian faith in practice and defense of the gospel, the old gods; the Fallen Angels and their offspring, are returning to the world stage.

One of the most unusual events in world history just took place this week in Egypt as an enormous ceremony celebrated the movement of 24 mummies from Cairo’s main museum, along with all the pomp and splendor associated with the ancient pharaohs of Egypt! 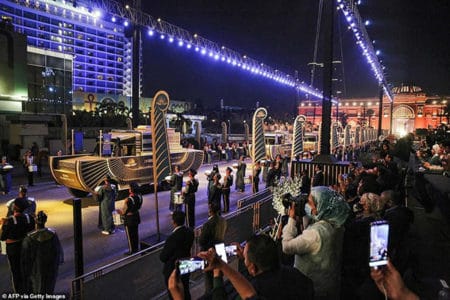 The Egyptian Pharaohs claim to be the descendants of the gods, with the name Cairo literally meaning the encampment of Mars, or city of Marrs. The Egyptian Temple of Karnak (image below), and its huge statues, gives evidence of a Pre-Adamic, Fallen Angel Civilization so advanced (and large) in comparison to all the other civilizations of the world. It's no coincidence that the ‘Face on Mars’ and the Giza Plateau in Egypt share unique mathematical placement, along with their planetary alignments. 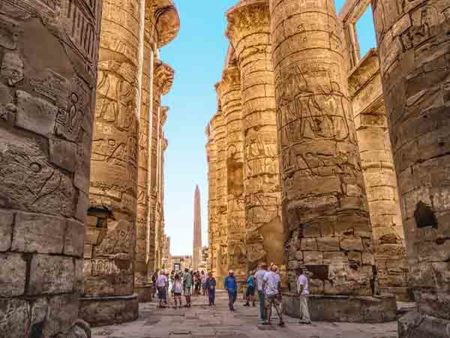 The Cumean Sybil, Greek Prophetess, foretold the coming of Jesus and more interesting at the time of her presence on earth spoke about the return of the old gods of mythology which Biblical Christianity had placed in the background of contemporary history. With all the prophetic events taking place at this time, mirroring the end of these prophecies about the Old and New Testaments in the book of revelation, the anti-Christ is now waiting in the wings to assume his rule and reign on Earth for 42 months!

With war looming in the Middle East and at the borders of Ukraine and Russia, we are poised in time and space to behold World War III beginning, and perhaps Ezekiel 38, where the ‘Man of Peace’, or the ‘Son of Perdition’, is revealed. As Moses withstood Pharaoh, who has always been a type of anti-Christ (see article excerpt below), the pomp and splendor portrayed on the streets of Egypt in their occult ritual, to parade the mummies of the pharaohs and queens, is a remarkable sign-post as to the lateness of the hour. Since the mystery religions of Egypt owe their existence to the ancient gods or Fallen Angels, it's quite telling that we've arrived at that point in time where the scriptures are being fulfilled awaiting the arrival of Satan's incarnation of the final Pharaoh!

It should be obvious that the combining of the star gods/fallen angels returning from their banishment amongst the stars may have already been announced on the streets of Cairo the city of Mars. Jesus told us that the deception will be so great that if it were possible even the elect would be deceived, yet because of His great love for us, He is shortening the days on our behalf. Watch the video link included in this blog-post a few times and pray that God will reveal to you how this extravaganza has just prepared the way for the ‘Son of Perdition’ as the last Pharaoh gets ready to conquer the world stage!"

TYPES OF ANTI-CHRISTS  Full Article LINK: Pharaoh_Types
Pharaoh from the book of Exodus: His history and character are described at much greater length than the other personal types of the Antichrist which have been before us, and therefore more parallelisms are to be found here. We shall aim to be suggestive rather than exhaustive. First, Pharaoh was king of Egypt which, in Scripture, is the lasting symbol of the world. In like manner, the one whom he so strikingly prefigured will be Head of the world-kingdom. Second, the Pharaoh of Exodus came from Assyria (Isa. 52:4); so also will the Antichrist first rise in that land. Third, Ex. 1 presents him to our view as the merciless persecutor of the Hebrews, embittering their lives by hard bondage. Fourth, he is next seen as the one who sought to cut off Israel from being a nation, giving orders that all the male children should be slain in infancy. Fifth, he was the blatant defier of God. When Moses and Aaron appeared before him and said, "Thus saith the Lord God of Israel, Let My people go, that they may hold a feast unto Me in the wilderness", his arrogant reply was, "Who is the Lord, that I should obey His voice to let Israel go?" (Ex. 5:1,2). Sixth, God's two witnesses performed miracles before Pharaoh (Ex. 7:10); so, too, will God's two witnesses in the Tribulation period work miracles before the Beast (Rev. 11:6,7). Seventh, Pharaoh had magical resources at his disposal (Ex. 7:11), as the Antichrist will have at his (2 Thess. 2:9). Eighth, Pharaoh made fair promises to the Hebrews, only to break them (Ex. 8:8,15). In this, too, he foreshadowed the Antichrist in his perfidy and treachery toward Israel. Ninth, he met with a drastic end at the hands of God (Psa. 136:15). Tenth, he was overthrown at the time that Israel started out for the promised land: so Antichrist will be cast into the Lake of Fire just before Israel enters into everlasting possession of their promised inheritance. In all of these ten respects (and in others which the student may search out for himself) Pharaoh was a striking and accurate type of the Antichrist.

REGISTER RIGHT NOW for our virtual conference EXTINCTION PROTOCOLS at www.GenSix.com. Our panel of expert speakers will inform, warn, and equip you to handle what’s coming over the coming months. 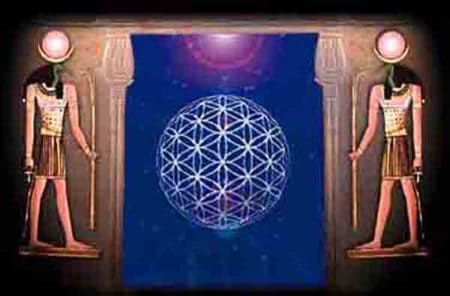 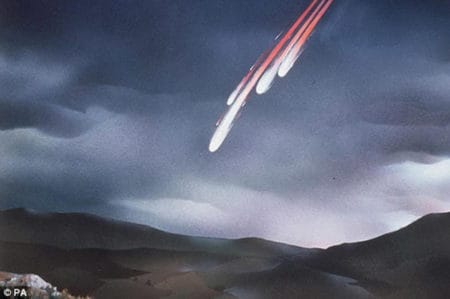 Return of the Ancient Gods: The Resurgence of Paganism

Pharaoh – Profile of the Antichrist 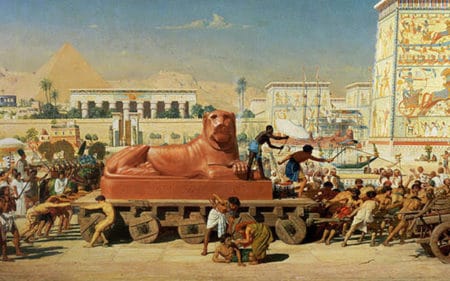 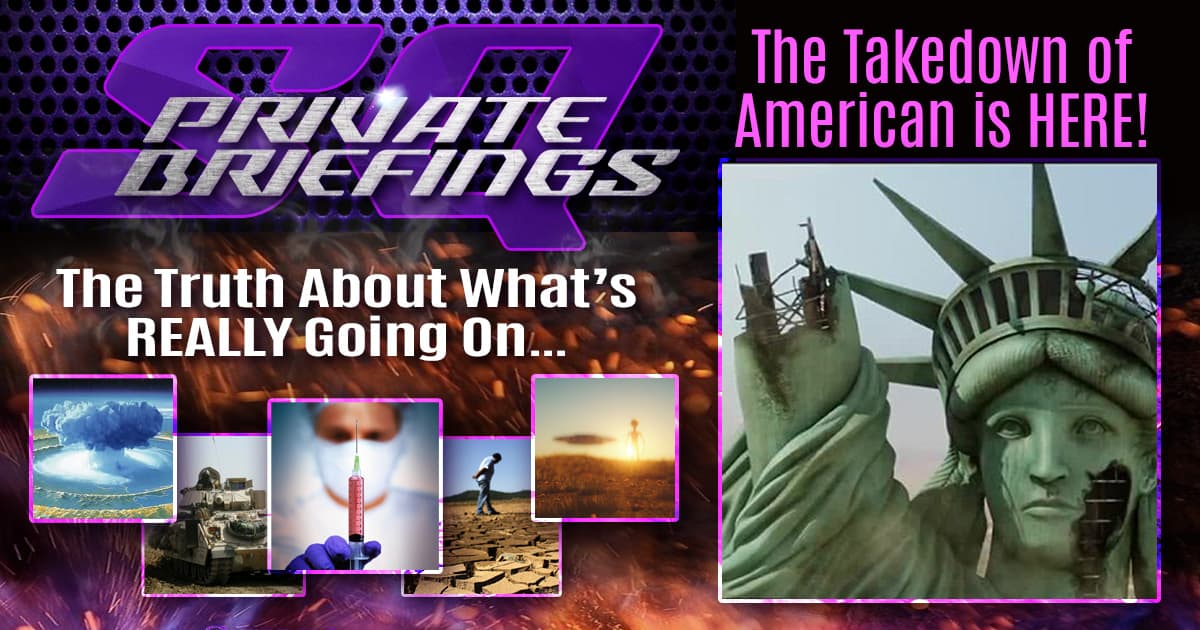 The Final Lockdown and Takedown of the U.S. NOW IN PLAY!

Steve Quayle: “Are you prepared for permanent lockdown? Are you ready to be locked inside your hom...
Read More 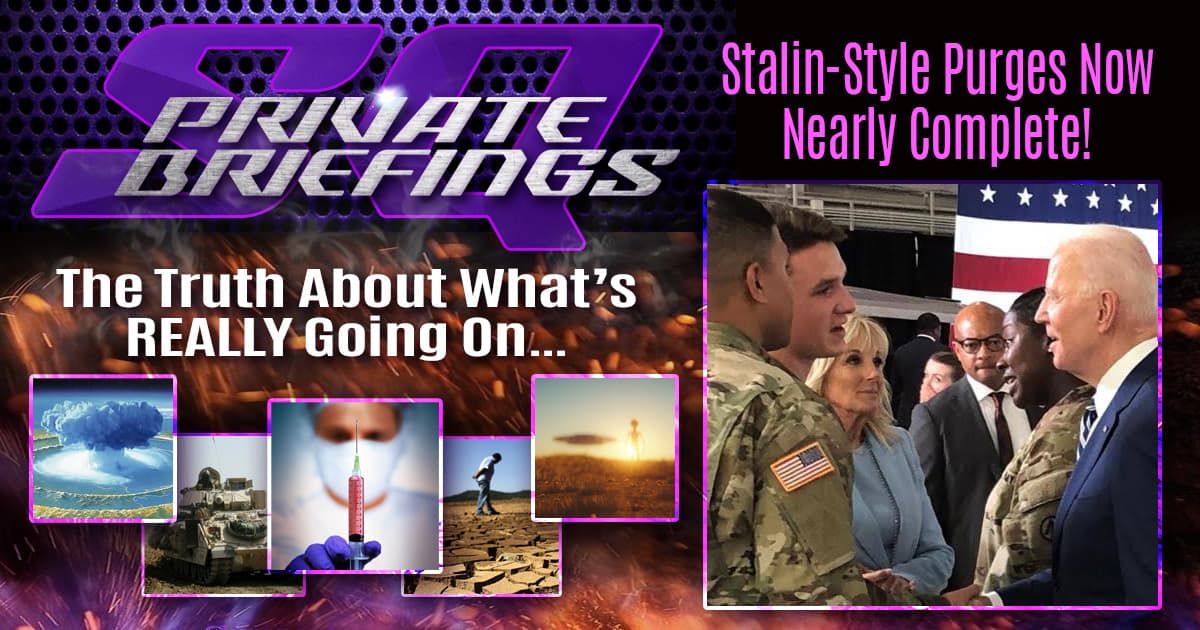 Stalin-Style Purge of Christians from All Gov. & Military Positions is Nearly Complete!